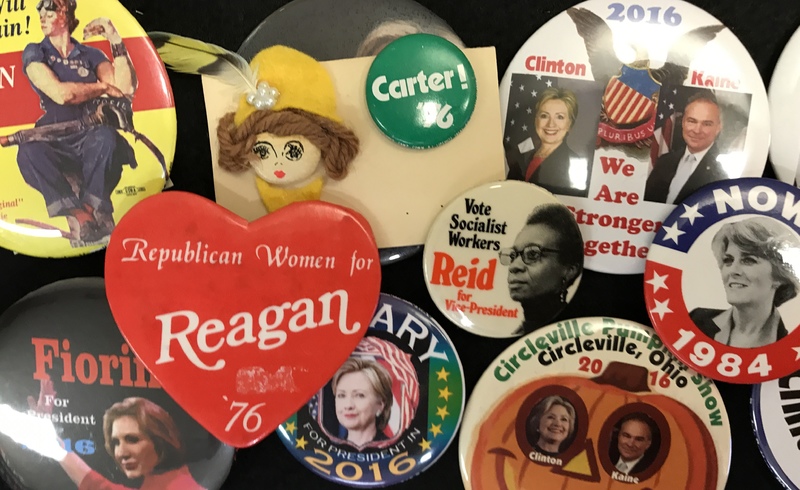 The representation of women takes many forms in political campaigns. The major themes covered here include representations of First Ladies, FLOTUS Hopefuls, First Families, Women Political Candidates, and Appeals for the Female vote.

This digital exhibit was prepared for the 100th anniversary of the 19th Amendment to the U.S. Constitution giving women the right to vote (1920) and features 120 buttons and collectables over 38 slides.

About the donor: Bernard L. Karr is an Estate Lawyer in Cleveland, Ohio, an alumni of Bowling Green State University, and a board member at the Rock & Roll Hall of Fame.