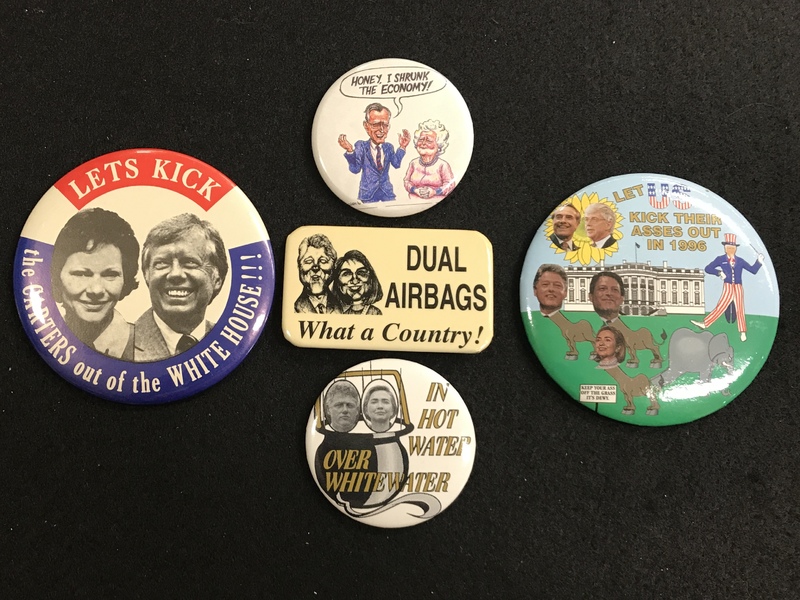 Negative buttons attacking first ladies are also represented through the entirety of our political button collection. The 1996 "LET US KICK THEIR ASSES OUT" button depicting the Clintons and Al Gore as donkeys being kicked off the White House lawn by an elephant uses similar wording as the 1980 "Lets Kick the Carters out of the White House!!!" button. This 1992 button showing a cartoon George H. W. Bush telling his wife that he shrunk the economy spoofs the 1989 Disney blockbuster film Honey I Shrunk the Kids.

The Clintons are mocked as airbags in one button and lampooned in another over a failed business venture and subsequent scandal over an investigation into the Whitewater Development Corporation, which the Clintons were investors. Although the Clintons were never prosecuted, Jim Guy Tucker, Bill Clinton's successor as Arkansas governor, was convicted of fraud and Susan McDougal served 18 months in prison but was granted a pardon by President Clinton before he left office. 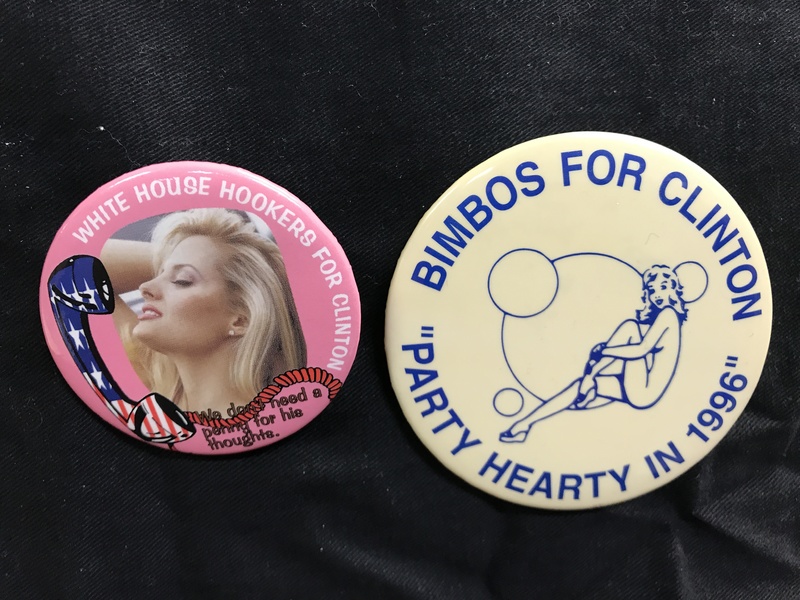 These 1996 buttons, well before his affair with Monica Lewinsky came to light in 1998, paint presidential incumbent Bill Clinton as a womanizer. At the time Clinton was in the middle of a sexual harassment lawsuit filed by Arkansas civil servant Paula Jones.  Clinton later settled the case by paying Jones and her lawyers $850,000. 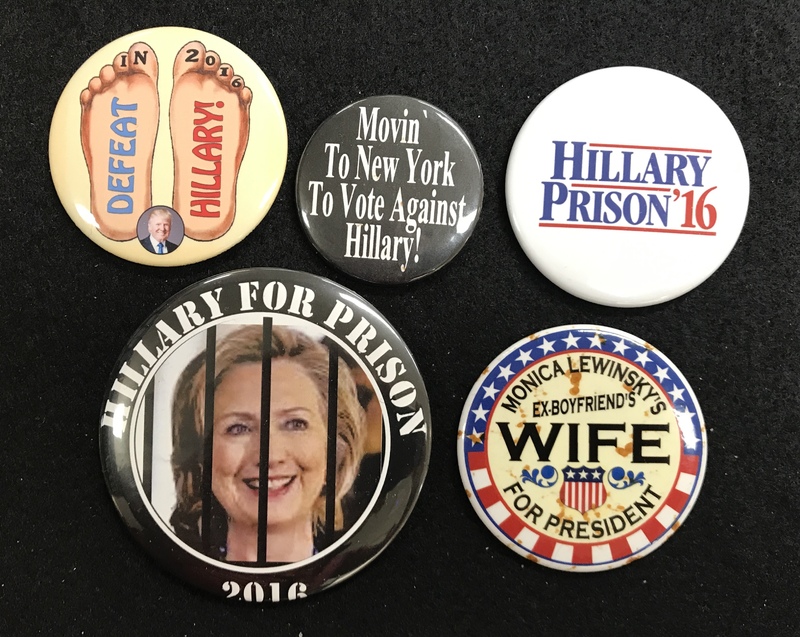 This button manufacturer, JGR Designs, is an equal opportunist having created nearly identical campaign buttons for the 2016 presidential race, one showing Hilary Clinton being eclipsed by Donald Trump, and the other being the opposite. 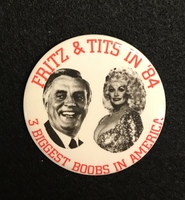 This button showing Walter "Fritz" Mondale and Dolly Parton seems to be in response to a National Federation of Republican Women luncheon that was held on August 23rd, 1984. Guest speaker Joan Rivers joked about Ronald Reagan's opponent, Mondale, having a female running mate by saying "Geraldine Ferraro. Big Deal. Let's put a woman in the White House. May I just tell you something?" In front of 2,000 guests including Nancy Reagan and Barbara Bush, Rivers joked that Dolly Parton should be his running mate, "You could call them Fritz and Tits because then there'd be three boobs in the White House," she said to applause. 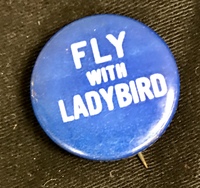 This positive campaign pin for Lady Bird Johnson from 1964 seems to be a response to an incident that occurred when First Lady Johnson embarked on a four-day, 1,628-mile campaign trip to speak on behalf of her husband through eight southern states aboard a train dubbed the Lady Bird Special. As Lyndon B. Johnson had just signed the Civil Rights Act into law there was some resistance to Lady Bird's arrival. In Richmond, Va., Lady Bird was greeted by a banner that read "Fly Away Lady Bird.." taken from the children's nursery rhyme Ladybird Ladybird!