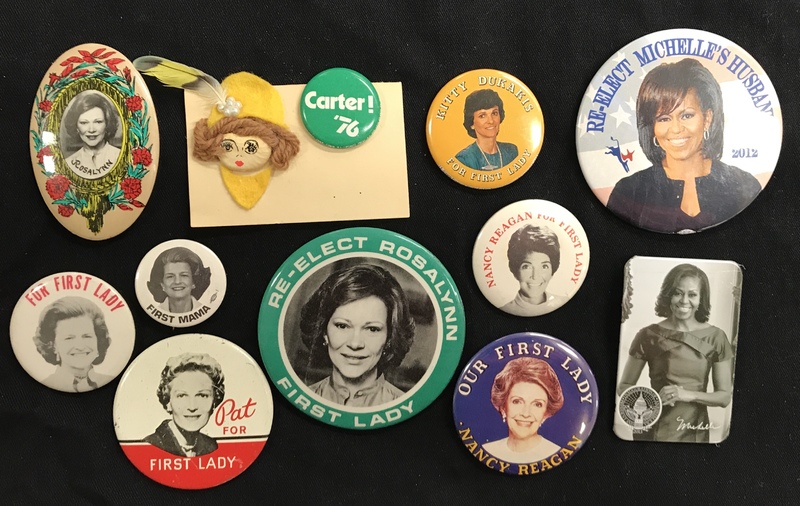 For spouses and family members of those campaigning for the top political office in the United States it can often seem like the families themselves are running for office. Although an official title today, the term 'First Lady' did not gain prominence until the mid-19th century, earlier titles included Mrs. President, Presidentress, or simply Lady.

The earliest pins depicting first ladies in our collection include an oval portrait with an ornate frame design and a handmade felt likeness of Rosalynn Carter with a button face, and election style campaign pins for first ladies, which is the most common theme with incumbent spouses as seen here with pins for Carter, Pat Nixon, Betty Ford, Nancy Reagan, hopeful Kitty Dukakis, and Michelle Obama. 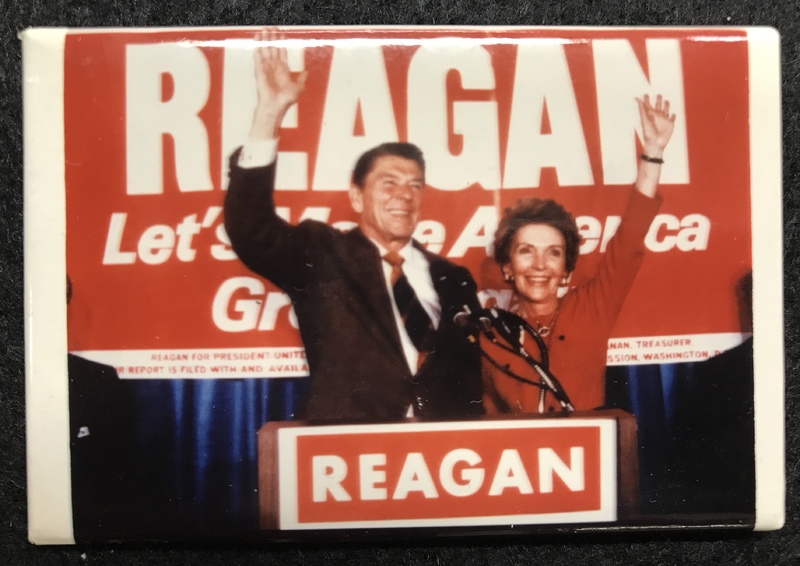 The role of first lady can seem like an elected office with spouses of presidential nominees often joining on the campaign trail, as seen on this 1980 campaign button of Ronald and Nancy Reagan behind the slogan "Let's Make America Great Again." Once a U.S. president has been elected, each first lady is given a staff and an office in the White House.

The "Make America Great Again" slogan has been used in politics as far back as 1940 and in U.S. presidential campaigns since Barry Goldwater in 1964. Other notable uses include Bill Clinton's 1992 campaign, Hillary Clinton's 2008 campaign, and both Donald Trump campaigns in 2016 and 2020. 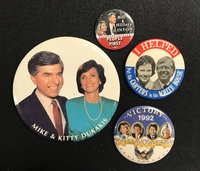 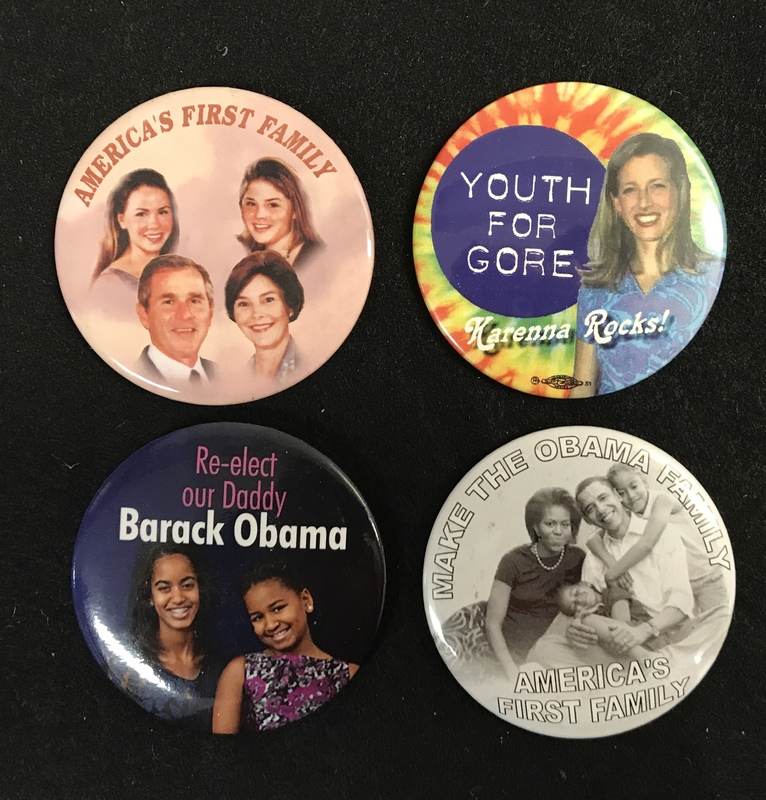 Even the children of those running for the highest office in the United States are thrust into the spotlight. The 2004 campaign button in the top left shows incumbent George W. Bush with wife Laura and fraternal twins Barbara and Jenna.

The top right button from the 2000 campaign has vice president Al Gore's eldest daughter, Karenna, pictured with the slogan "Youth for Gore" and "Karenna Rocks!" Karenna Gore was the youth outreach chair for her father's presidential campaign, and with actor (and former Harvard roommate of Al Gore) Tommy Lee Jones, she officially nominated her father as Democratic candidate at the 2000 Democratic National Convention.

Also pictured on the bottom row are President Barack Obama's two daughters, Malia and Sasha, in the bottom right with parents Barack and Michelle during the 2008 campaign, and again in the 2012 campaign with the slogan "Re-elect our Daddy Barack Obama." 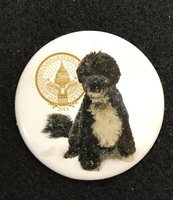