It Takes A Family 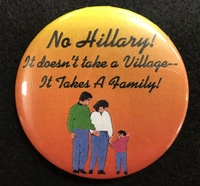 Hillary Clinton is once again the subject of ridicule in this 1996 button in relation to her recently published book It Takes a Village: And Other Lessons Children Teach Us, which emphasizes the shared responsibility that society has for raising children.  During the 1996 Republican National Convention the Republican Party nominee Bob Dole said "I am here to tell you, it does not take a village to raise a child. It takes a family to raise a child." It is during this time that we start to see a focus away from spouse to family. 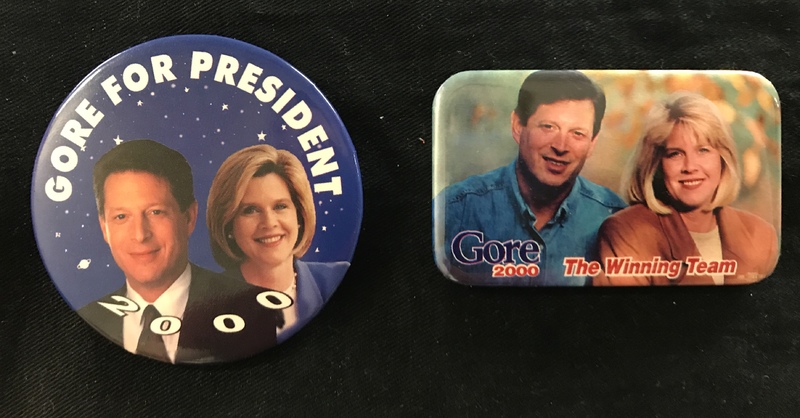 As the first presidential election after Bill Clinton's highly publicized 1998 sex scandal with Monica Lewinski and the 1999 impeachment trial, the 2000 presidential election saw a rise in the family values theme. While these Democratic party pins for Al Gore carry over earlier notions of candidate and spouse as a team, Republican candidate buttons from this time push candidate and spouse as exemplars of family values. 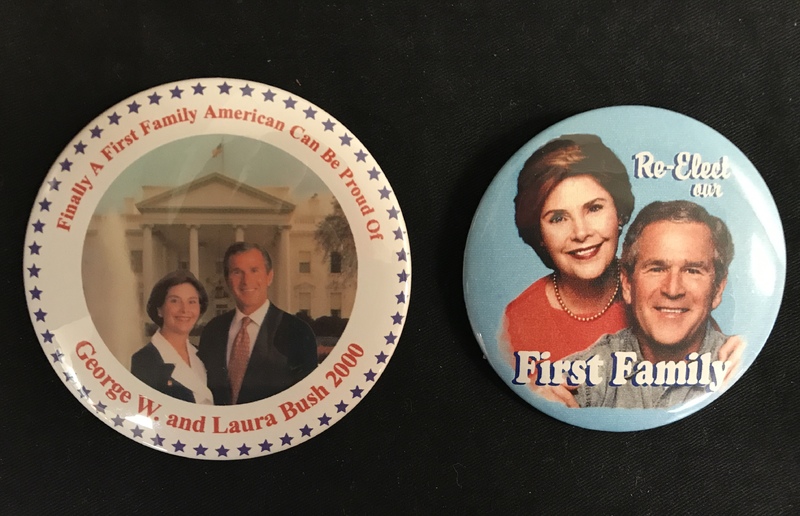 These two George W. and Laura Bush campaign buttons have similar imaging to the Gore buttons, but with a noticeably different theme with the slogan "Finally a First Family America Can Be Proud Of" from 2000 and "Re-Elect Our First Family" from 2004.

These two republican pins go even further with the theme of family. The image on the left is a button from 2000 showing the extended Bush family, and the image on the right from 2004 shows incumbent President George W. Bush, Vice-President Dick Cheney and their spouses with the slogan "The First Family Renewing America's Purpose"