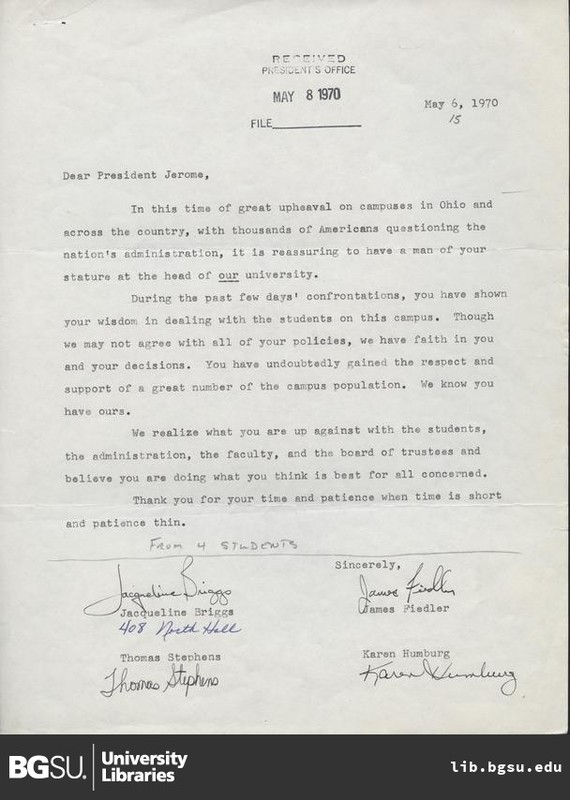 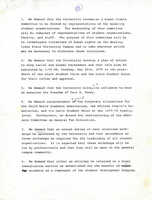 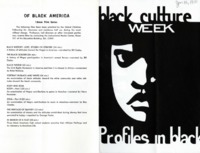 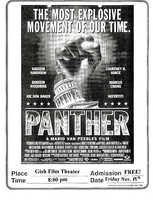 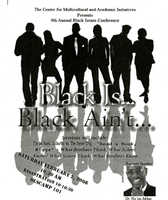 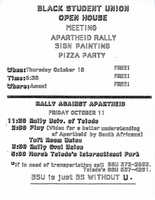 In the mid-1960s, despite official desegregation in American higher education, many black students still felt excluded from the academic, social, and cultural milieus of campus, particularly at non-urban, historically white colleges and universities (HWCUs). In addition, black students were regulaly harassed by white students and campus police officers, which led to the rapid development of the black campus movement across the country. The first Black Student Union was founded at San Francisco State University in March 1966.

At Bowling Green State University, the Black Student Union (BSU) was established in February 1969, aimed at ensuring better communication between the administration and the black student body, broadening the range of social and cultural activities, and providing black students with a greater sense of belonging within the University community.

During the first years of its formation, the BSU at BGSU focused on pressuring the University administration to increase the black student population and to create a Black Studies program. Their demands received favorable responses from President William T. Jerome’s administration. We include a letter [Figure 1] written by four students who lauded president Jerome's approach to students’ activism on campus in 1970. The democratic leadership of President Jerome helped prevent an irreconcilable fracture between the college administration and the student body at BGSU during the early 1970s.

Nevertheless, at the end of the 1970s, ongoing racial discrimination on BGSU's campus prompted in strong reaction from the BSU.  In 1979, the BSU submitted a list of demands [Figure 2], including: that the administration convene a human rights committee, develop a plan of action to stop racial and sexual harassment, and allot more funding to minority student organizations. When University President Hollis A. Moore Jr. responded to these demands, the BSU rejected his statement, calling it “a bunch of vague, nonsensical replies.” In reaction, students held a sit-in in support of the BSU’s demands [Figure 3].

Besides holding rallies to force the university administration to meet their demands, the BSU also organized cultural activities to create awareness, promote black pride, maintain unity, and form alliances with other student groups. For example, the BSU organized a series of events for Black Culture Week from January 18-24, 1970 [Figure 4], as well as hosted a film screening of Panther in 1985 [Figure 5].  In 2008, BGSU's Center for Multicultural and Academic Initiatives organized the Black Issues Conference [Figure 6].

The concerns of the BSU were not limited to BGSU or U.S. domestic issues, but extend to international issues, especially those relating to African countries. Figure 7 is BSU’s call for students’ participation in a rally against South African apartheid, organized by students at the University of Toledo on October 11, 1985.