Protest and Responses in Print 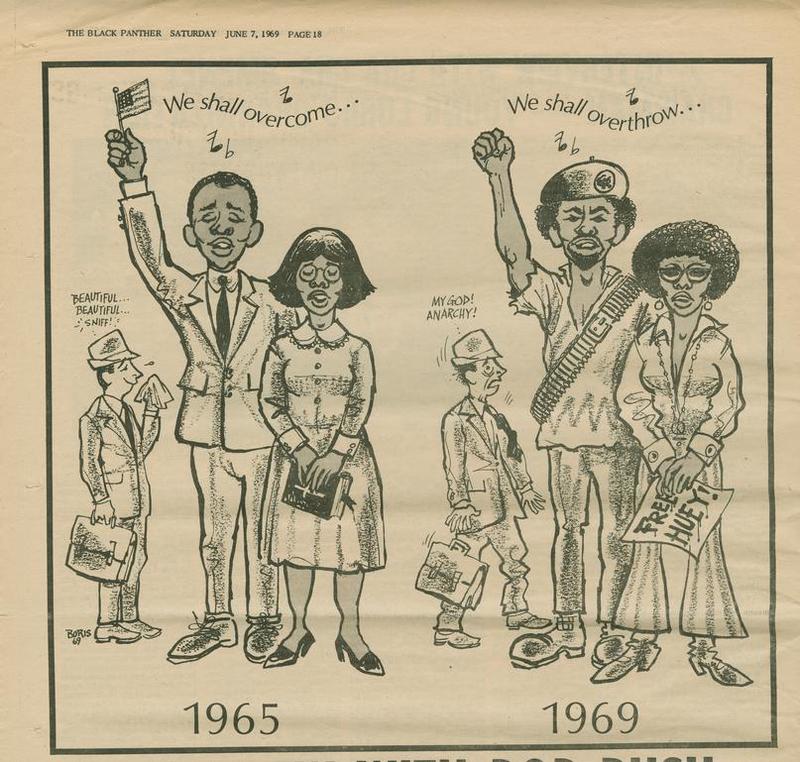 Protest, especially black protest, has always been viewed through very different lenses depending on who is representing it. Historically, black protestors have often had to justify or validate their reasons and right to fight racial stereotypes and institutional inequalities. The cartoon [Figure 1] from a 1969 issue of the Black Panther newspaper depicts a black couple in two different stages: In the first stage, labelled "1965," the couple dresses in conservative clothing, holding a Bible and waving an American flag while singing "We shall overcome." A white businessman sniffles as he watches them with a handkerchief in hand, commenting "Beautiful...Beautiful..."

In the "1969" stage, the couple stands in the same posture, but they are now dressed in Black Panther garb, holding a "Free Huey" poster and lifting a raised fist. In this image, they sing "We shall overthrow." The same white businessman now looks shaken, exclaiming "My God! Anarchy!" in direct contrast to his earlier reaction. While the newspaper presents the Civil Rights movement as necessarily evolving in order to achieve equality, they show how white audiences respond with fear. 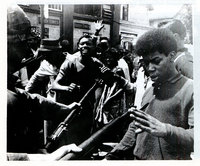 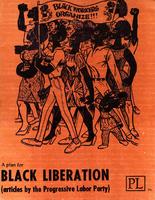 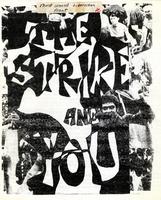 Black Americans who resist the stereotypes of blackness that are represented in mainstream culture or who fight for the rights traditionally denied people of color have met with multiple obstacles. In his 1969 booklet, "United States 1967: High Tide of Black Resistance," Civil Rights activist James Forman details the multiple issues that black protestors experienced when trying to recruit for and execute protest actions. In this booklet, he includes an entire chapter detailing U.S. government research into "non-lethal but crippling ways to handle the revolutionary, rebelling blacks," discussing the ways in which these measures did, in fact, cripple black protest, as well as the methods that black protestors had to employ in order to protect themselves from them. In this chapter, he includes a photo [Figure 2] from a 1967 protest featuring a young black male protestor, a boy staring down the barrel of a National Guardsman's gun, apparently in awe and fear.

As we see in Figure 2, many representations of black protest were tasked with defending the actions of protestors as reactions to violence done to them. Another way to humanize and justify black protest was to subvert negative images of black protest that were circulated in the media. The Black Panthers, for instance, were cast in the mainstream media as violent and militant, focused on overthrowing white people. This, however, was not entirely representative of the group. The Black Panthers were known in their communities for providing assistance to working-class citizens. By 1968, the Black Panthers were using their Black Panther newspaper to advertise their free breakfasts for children and highlight the other ways they helped their communities. In 1969, many chapters of the Black Panthers expanded their free breakfasts for children into Liberation Schools, focusing on the need to educate children in their communities in ways, and about issues, that public schools could not. Figure 3, from an August 2, 1969 issue of the Black Panther, depicts the cover for that issue, the feature story of which discussed the Liberation Schools and the ways in which they "start a conversation, and stimulate their minds to see clearly the state of repression that we are living in."

One of the reasons that so many protestors had to justify their actions was for the sake of recruitment. Many activist groups looked for unity across black and white borders to fight an unfair system. The Progressive Labor Party, for instance, saw opportunity for the unity of working-class activists and appealed to possible recruits by issuing a "Plan for Black Liberation" [Figure 5]. In this booklet, the PLP acknowledged that in the past they had "made the mistake of spreading illusions about nationalist, nationalism, and the role the ideology plays in the Black Liberation Movement." This booklet is the PLP's attempt to "correct itself" by presenting new and updated articles for action that include the struggle for Black Liberation. The cover of this booklet [Figure 5] features a drawing of black and white protesters uniting in protest and waving a sign that says "Black Workers Organize!!!"

Figure 6 represents a similar tactic employed by the UC Berkeley Chapter of the Third World Liberation Front, a coalition of student activists across California university campuses that proposed the creation of a Third World College. The front cover of an informational recruitment pamphlet, entitled "The Strike and You" [Figure 6], overlays black and white shapes with photos of black and white students protesting university practices. The back cover issues a challenge to students who are unsure of participating in the student strikes against the Eurocentric education on UC Berkeley's campus.

Resisting the narrow-minded and imprisoning stereotypes of blackness so ubiquitous throughout the twentieth century entailed other forms of protest. For example, prison reformer and black feminist activist Angela Davis [Figure 4] was an important voice for a then-obscured contingent of the Civil Rights Movement. Noting that black women's voices had been drowned out by politics-as-usual and the myopic fixation on white feminism--or what she calls "issues that revolve around women at the top of the pyramid"--Davis successfully connected issues like the prison system, military spending, reproductive justice, welfare, and lesbian and gay rights to advocate for "a strong multiracial" movement. Davis's important intellectual contributions to social justice played (and continue to play) a part in changing the way feminists and feminism work to foreground black issues as human rights issues. For Davis, black and women-of-color feminisms are forms of protest that aim to protect everybody's rights, as opposed to working for the rights of only a select group of the oppressed and disenfranchised. 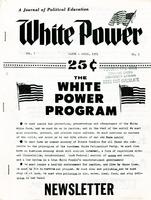 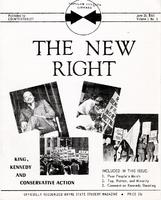 Many white citizens responded to black protest by drawing on old stereotypes of blackness as dangerous or animalistic. Others attempted to discredit black protest movements by questioning activists' motives or undermining their right to protest. An article entitled "The Victims" [Figure 7] warns against the dangers of black protestors, depicting them as criminals who victimize innocent white people. This article appeared in a booklet entitled "Black Rebellion." The article compares media coverage of black victims to that of white victims. The unknown author discusses the deaths of white men and women who were killed during riots, claiming that the media had not covered their deaths. This sensational claim, however, was not accurate. In fact, all of the deaths discussed in the pamphlet were covered by major news publications. Private alternative publishers could, and did, regularly disseminate inaccurate and inflammatory information about black protest. For instance, many of the depictions of the deaths in this article are inaccurately explained, blaming black rioters when investigations had proved that most of the victims were killed by ricocheting bullets from police and National Guard officers.

Another way to discredit black protest was to target one group in particular. The book depicted in Figure 8 was one of many publications to target the Black Panthers. Having published through a small independent publisher, Norman Hill claimed his 1971 book The Black Panther Menace: America's Neo-Nazis to be "an explosive look at the Panther peril in America today."
Hill's book is a collection of FBI surveillance materials, meeting transcripts, and Hill's own interpretations of them. He uses these materials to draw parallels between the Black Panthers and Nazism, claiming that the Black Panthers were a "totalitarian organization dedicated to violence and dictatorship," practicing "Nazi-like racism bordering on genocide." Close on the heels of WW II, comparisons to Nazism was a popular method of discrediting activist campaigns.

Some groups chose to respond directly to the outcomes of protest, rather than just the protestors. White supremacist groups like the Citizens' Council protested pretty much every advance brought about during the Civil Rights Movement. This handbill [Figure 9] was published and distributed by the Citizens' Council of New Orleans in response to the Ford Foundation’s grants to the Southern Regional Council, a civil rights group. The New Orleans Chapter of the Citizens Council urged white Americans to boycott "all Ford products" in a unified effort to stop large corporations from supporting desegregation, which they feared would "force them to associate with negroes" and "destroy our Southern way of life."

Figures 10 and 11 are examples of publications that sought to curtail the successes of the Civil Rights Movement. Figure 10 is the front cover of the 1971 pamphlet White Power, a George Lincoln Rockwell publication whose appalling racist ideology is here laid out in bullet point format. In ten bullet points, this short program outlines White Power’s policy aims in the United States. Each bullet point spans issues familiar to contemporary scholars of hate groups and white nationalists, such as the desire for: a free press that exposes the "lies" of the so-called liberal press, environmental legislation that limits pollution (including pollution of the white race), a white nationalist government, abolition of the United Nations, and the establishment of a whites-only society. The publication argues unambiguously that Jewish people, black people, and foreigners are endangering white America. More subtly, Figure 11 is the front cover of a small Wayne State University magazine called The New Right, a far-right magazine that bills itself as an intellectual's alternative to the more acrid white supremacist publications of the time. This front cover is a collage of images depicting Civil Rights-Era protest. Suffice it to say, the content of the magazine is not friendly to the Civil Rights Movement. 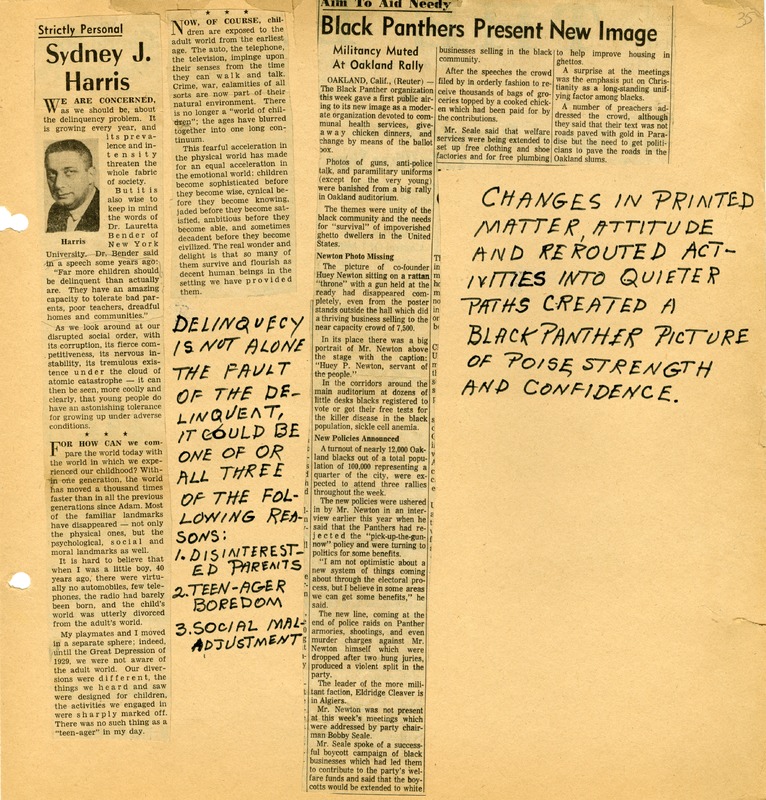 Responses Between Generations of Black Protest

In this scrapbook page [Figure 12], Ella P. Stewart shows her response to the new image of the Black Panthers. The news article reports that the Black Panthers have worked to make the public more aware of their community outreach and have focused less on militancy. Stewart remarks that the new, "quieter paths" have revealed that the Black Panthers show "poise, strength and confidence." This not only shows the way the Black Panthers changed their image for a wider audience, but it also shows what Stewart valued in black protest. Stewart valued using social leverage to lift up others and appears to critique the more militant image of the old Panthers. On the same page, Stewart comments on an article about delinquents, and she indicates "social maladjustment" as a possible cause. While this still alludes to respectability politics, Stewart also recognizes that systemic issues often lead to less "respectable" behavior. This may be surprising for anyone who believes the club women from the generation before the Civil Rights movement were not aware of systemic racism or were unwilling to form connections with newer forms of protest.