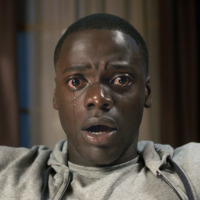 Figure 1. Still from Jordan Peele's Get Out 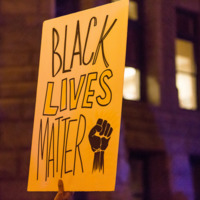 Figure 2. A protester holds up a Black Lives Matter sign 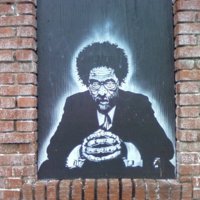 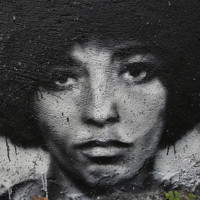 When you know, we been hurt, been down before, nigga
When our pride was low, lookin' at the world like, "where do we go, nigga?"
And we hate Popo, wanna kill us dead in the street for sure, nigga
I'm at the preacher's door
My knees gettin' weak and my gun might blow but we gon' be alright

Have racial tensions eased in the United States? Since the release of D.W. Griffith's Birth of a Nation in 1915 and the consequent empowerment and popularization of the Ku Klux Klan, the racial landscape in America has shifted significantly. In 2016, director Jordan Peele’s nuanced black protest film Get Out responded to the history of cinematic depictions of monstrous blackness by portraying a hypervisible black character made vulnerable by a white-dominant society. Even in the wake of biased televised news programs that manufacture and reinforce negative stereotypes of blackness, television shows like The Carmichael Show, How to Get Away With Murder, and Dear White People provide desperately-needed counternarratives that resist negative stereotypes of blackness that have long haunted American popular culture.

Whereas print media during the twentieth century provided a platform for racist publications to spread their toxic ideology, today's analogous medium is the internet. While fake news proliferates on pop-up sites, social media platforms expose racism in American culture and facilitate protest through faster means of communication. The widespread success of black artists like Kendrick Lamar, writers like Claudia Rankine, directors like Jordan Peele and Barry Jenkins, and activists like Cornel West and Angela Davis have pushed the boundaries of what constitutes protest and representation in a supposedly "post- racial" twenty-first century America.