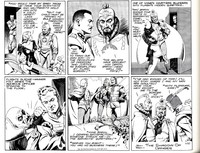 Fig. 2. Flash Gordon in the Ice Kingdom of Mongo

The term "Yellow Peril" refers to Western fears that Asians, in particular the Chinese, would invade their lands and disrupt Western values, such as democracy, Christianity, and technological innovation. However, ideas about Western progress at the time also included beliefs that are recognized as problematic today, such as white supremacy and the virtue of colonizing non-Western lands.

In the mid-nineteenth century, many Americans began to feel threatened by an increase in immigration from China to the United States. Reasons for this included xenophobia, or dislike of foreigners, as well as more complex causes such as labor tensions and shifting national identities. Working-class Americans and European immigrants worried that Chinese immigrants would compete unfairly for their jobs by working for lower wages. Irish immigrant railroad laborers in particular found themselves in competition with Chinese workers, as both groups struggled at the lower end of the wage scale.

Some Americans also were uncomfortable with Chinese immigrants because their clothing (such as robes) and hairstyles (the queue) were unfamiliar, and because Chinese laborers seemed to defy Western gender roles. For instance, Chinese men were often willing to perform duties commonly delegated to women, such as working in laundries and food preparation. Furthermore, Chinese religious practices were considered “heathen” because they were outside of the Judeo-Christian tradition. Additionally, people who believed in white supremacy objected to the possibility that Chinese men might marry white women and have mixed-race children with them. These fears about Asian Americans led to discriminatory legislation that limited immigration, prevented Asian immigrants from seeking citizenship, and enacted unfair taxation on Chinese-owned small businesses.

The most recognizable “Yellow Peril” character is Dr. Fu Manchu, the villain of a series of crime novels published from 1913 onward by British author Sax Rohmer (Fig. 3). Fu Manchu was usually shown in traditional Chinese clothing, and wearing the distinctive style of mustache that has become associated with his name. Ming the Merciless, a villain from the Flash Gordon comic strip in the late 1930s, is similar to Fu Manchu in both appearance and his desire for world domination (Fig. 2). The cover illustration from a 1906 nickel weekly, or adventure magazine, features a Chinese man leaping on the back of a white youth and appearing to injure him, reflecting the general fear of domination by Asian immigrants and Asian Americans in the United States (Fig. 1).