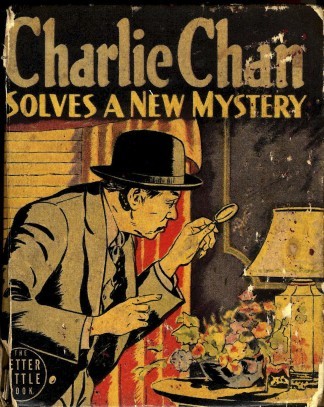 The portrayal of Asian Americans and Asian immigrants to the United States often relied upon a dichotomy of East versus West that attributed characteristics such as rationality, scientific and technological progress, and dominance to the West and Westerners, while depicting the East and Eastern peoples as irrational or superstitious, traditional and backwards, and passive. This apparent incompatibility between cultures led the mainstream, European-influenced American society to doubt the possibility and desirability of Asian immigrants successfully integrating. As immigration from Asia (mostly China) increased, these immigrants began to be regarded as a threat (“Yellow Peril”) to Western society, so much so that Asian immigrants were prohibited from becoming naturalized U.S. citizens until 1952, at which point many of the negative qualities attributed to the Yellow Peril were reframed positively as Asian Americans began to be regarded as a “model minority.”

The pages in this section explore the ways in which visual representations of Asian immigrants and Asian Americans relied upon assumptions about and stereotypes of Asian Americans that marked them as Other, and the way in which these stereotypes were framed differently in the depiction of positive, neutral, and negative Asian American figures. Most of these images depict Asian American men, likely because anti-Chinese legislation, such as the Page Act of 1875 and the Chinese Exclusion Act of 1882, limited the presence of Asian women in the U.S. by restricting their opportunities for immigration.

Asian Immigration: The "Yellow Peril" The Asian as "Unassimilable" Performances and Representations of Yellowface