Many Americans may only be familiar with the cakewalk in the form of the game played at countless fairs, carnivals, picnics, fundraising events, and festivals around the country. The game, which is similar to a raffle version of musical chairs, involves a number of squares drawn on the floor in a circular pattern, one square per participant. Each participant walks around the numbered path until the music is stopped, and the person standing on the winning number wins the prize: a cake. This modern-day adaptation, or perhaps appropriation, of the cakewalk bears no resemblance to its origins in the antebellum South.

The cakewalk began as an appropriation of white ballroom dancing by black slaves in the South as an exaggerated parody of ballroom dances, such as the waltz, which were favored by white elites. The music that accompanied cakewalks had distinctly African American rhythms and syncopation. White slaveowners, flattered rather than offended by these spectacles, helped to spread and popularize these African American appropriations of ballroom dancing. After the Civil War, whites began to perform cakewalks as part of their minstrelsy repertoire. Whites performed in blackface, ridiculing and celebrating life on the plantation.

As cakewalks became more and more popular among the general public, they travelled from American shores to be appropriated once again by Europeans. Parisian cakewalks, primarily in response to Claude Debussy’s “Golliwog’s Cakewalk,” grew in popularity. The golliwog, a type of doll whose appearance resembles blackface minstrel charcters, was a character in a series of British children's books, and later became a popular toy.

Racial stereotyping remained at the heart of cakewalks in Paris. Blacks were represented dancing the cakewalk in African tribal garb, and the dance was viewed as an authentic African American tradition. When John Philip Sousa began using the musical stylings of the cake walk in his compositions, the dance became popular among upper class whites in Paris.

Following the Civil War, nickel weeklies were created as an even cheaper alternative to the period’s dime novels. They contained thrilling stories of adventure and mystery targeted towards young men of the working class. Serialized tales of iconic detectives and war heroes were very popular and provided escapism for readers. The covers of these publications featured colorful and often controversial depictions of racial minorities, focusing on subservient African Americans, violent Native Americans, and villainous Asian Americans, alongside idealized white heroes.

Similar to the nickel weekly covers, sheet music covers depicted the same sorts of stereotypes. Even though the lyrics in some of the following examples of sheet music contain no overt racism, the covers often objectify blackness. Other song lyrics, such as “That’s Why Darkies Were Born” (Fig. 1), seem to reflect racist attitudes. There is debate as to whether this song was intended as satire, or if it was composed with racist intentions.

It is important to note that while a number of these representations illustrate how whites relied on racist caricatures, appropriated black culture, and worked to repress African Americans, African Americans also were able to re-appropriate representations in their favor. For instance, African Americans were able to respond to writing and images perpetuated by whites through literature, such as Chesnutt's The Marrow of Tradition, which drew on predominantly white literary realist conventions to represent black people from all classes and political leanings.

It is important to explore the similarities and differences between African American spirituals and gospel music. In his Life of an American Slave, Frederick Douglass writes of slaves creating spirituals: “While on their way, they would make the dense old woods, for miles around, reverberate with their wild songs, revealing at once the highest joy and the deepest sadness. They would compose and sing as they went along, consulting neither time nor tune.” While the style of early spirituals sounds quite similar to gospel music of the era, the roots and meaning of each show that there are clear differences. The earliest roots for the style of gospel music can be traced to seventeenth century church music, and entered popular American culture along with jazz. This music often speaks of the beliefs and ideals of a group of people. Meanwhile, spirituals were used to express the pain and hope of a people, articulating collective faith and feeling.

Fig. 1. That's Why Darkies Were Born 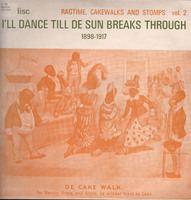 Fig. 2. Dance Till De Sun Back 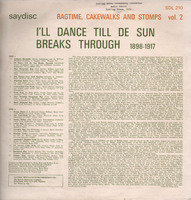 Fig. 4. The Beautiful Mystery of Paris