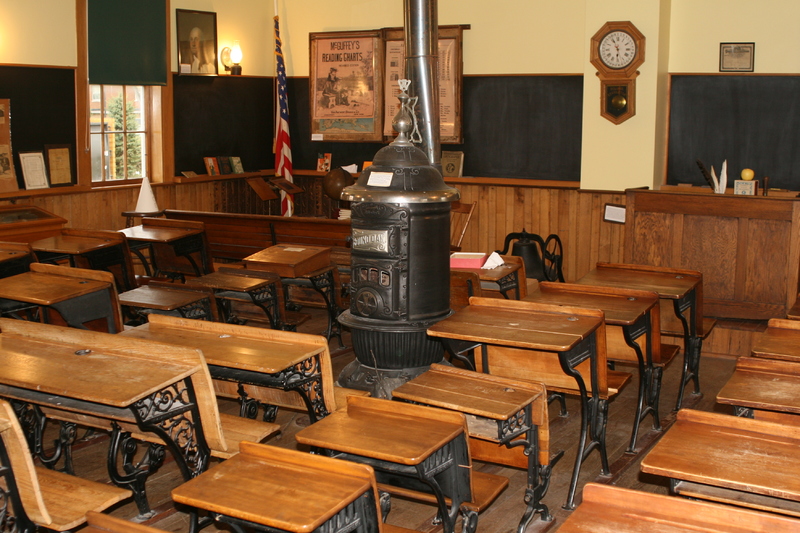 In the 19th century, scientists began to understand vision as a unique discipline. Of particular interest to those in field were the ways people perceived objects in relation to themselves. Vision was initially a tool for the rationalist and positivist movements since vision was, at least at the time, an objective means for observing and understanding the world.

At the same time that scientists began to develop studies of sight and vision, materials to enhance or alter ways of seeing were being developed for entertainment. Nineteenth century parlor culture saw the development and popularization of the stereoscope, a toy for seeing three dimensional images that would eventually be adapted for classroom use in the 20th century by teachers interested in the visual instruction movement.

Simultaneously, in states across the country, common schools developed, financed, and regulated by state and local governments were formed. Local schools tasked with educating the growing population of young people searched for ways to educate and, in many cases, “civilize,” their students. In 1802, the state of Ohio passed a law preventing poor students from receiving inadequate or unequal education in schools that benefit from state funding (McCormick). As a result, students of all backgrounds and classes started to receive formal educations in what would come to later be called one-room or “little red schoolhouses” like the one currently preserved on Bowling Green State University’s campus.

In little red schoolhouses across the United States, teachers employed the power of the object lesson: a method for teaching children focused on learning through senses with real things in nature. The object lesson was limited by the access particular teachers and students had to concrete examples, which was further restricted by issues of geography, class, and race (Bak). With the rise of the visual instruction movement and the development and distribution of technology like the lantern projector and stereoscope by companies like Underwood & Underwood and the Keystone View Company, teachers saw these issues seemingly disappear as students from all positions gained access to popular tourist destinations, famous landmarks, faraway lands, and distant peoples. The object lesson was superseded by visual instruction, a technique in education that was widely used until the end of World War II.

Below is a timeline of events that tracks the visual instruction movement (in blue) and the establishment of teacher training at Bowling Green Normal College (orange).