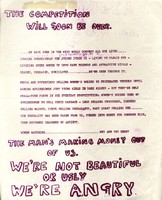 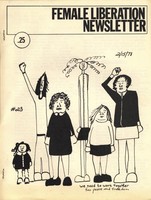 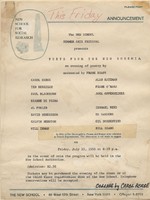 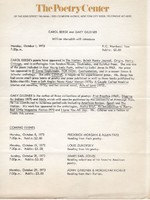 As women began to chafe against their subordinate position in society, they discovered other women who felt much the same way. Popular texts, including, but not limited to, Betty Friedan’s The Feminine Mystique, showed women that their frustrations were shared by others. Liberation newsletters and flyers such as those seen here emphasized coming together against “the Man” and encouraged female strength and unity over beauty and submission [Figure 1]. Female liberation discourse also defied the male gaze (see “The Male Gaze” page) by emphasizing a variety of different “types” coming together [Figure 2]. While it is true that second-wave feminism was largely led by (and focused on the needs of) white, middle-class women, it is important to note that these women were creating a new, unified identity, and developing a new social and political movement.