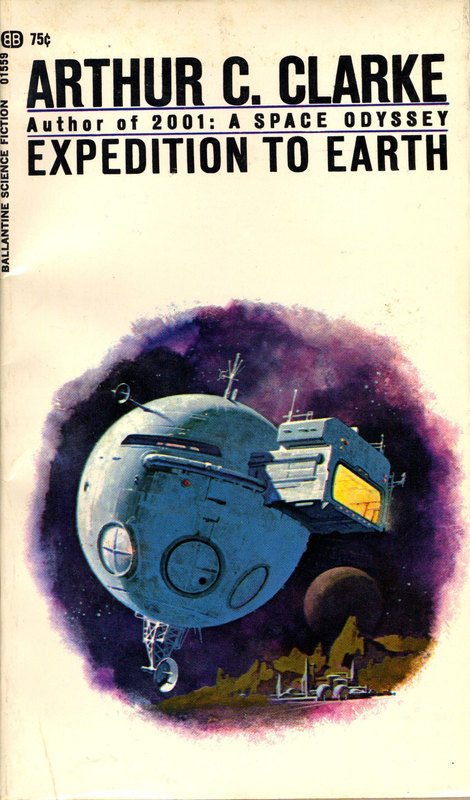 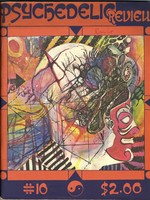 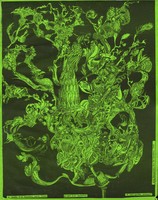 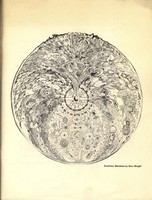 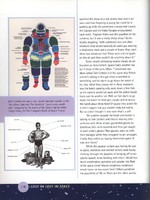 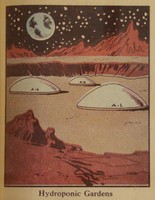 The items in this section of the exhibit bring up an interesting dialogue between human consciousness and space travel. In this conversation, the blossoming psychedelics culture is paralleled with the early age of space exploration. While drugs were becoming more popular as a form of escape and to explore the places the mind can go, the Cold War fueled the United States to extend its reach towards the stars. These artifacts show a range of visuals that brought popular curiosity about the idea of exploration to mainstream audiences.

Psychedelic drugs, such as LSD, were known for giving people a means to explore the reaches of consciousness, and were often used as a tool for developing creativity. Popular 1960s television, film, and literature investigated mankind’s future in outer space through the fantastical genre of science fiction. These popular culture texts brought idealized visions of living in space to audiences fascinated by the U.S. govenrment's real political and scientific race to put astronauts on the moon. Just as NASA developed tools for exploration, drugs were another technology. Both were responses to the politics of the decade, working with or against Cold War tensions.

The images on this page include items from popular culture such as film stills and television photographs, book covers and illustrations, and concept art. These visuals illustrate the aesthetics of drug and space exploration, juxtaposing the clean, minimalist, sterile iconography of space technology with the chaotic, jumbled, and saturated aesthetics of drug culture. With these artifacts, the exhibit highlights the different ways in which people understood what it meant to explore the unknown and to expand understanding. The parallel between inner space and outer space raises an important question: Where did we go in the 1960s that we had not boldly gone before?

A collection of eleven short stories by Arthur C. Clarke, Expedition to Earth [Figure 1], was reissued in 1969 after the release and success of Stanley Kubrick's 2001: A Space Odyssey, which Clarke had co-written with Kubrick based on one of his own short stories. HAL-9000 [Figure 4], is the artificial intelligence computer in Kubrick's 2001. For many youths of the late 1960s, this film was considered a "rite of passage" when experienced under the influence of drugs. The cover of the Psychedelic Review [Figure 2], introducing the topic of the consciousness revolution, shows an example of how drugs were used to access new forms of visual expression. Another image from the same issue illustrates evolution from a single-celled organism to a human being, and many stages in between [Figure 5]. This image depicts our understanding of human life as a result of scientific advances. Suggesting an inward approach to science, as opposed to an outward approach, "We Are All One" is repeated in a circle in the center.