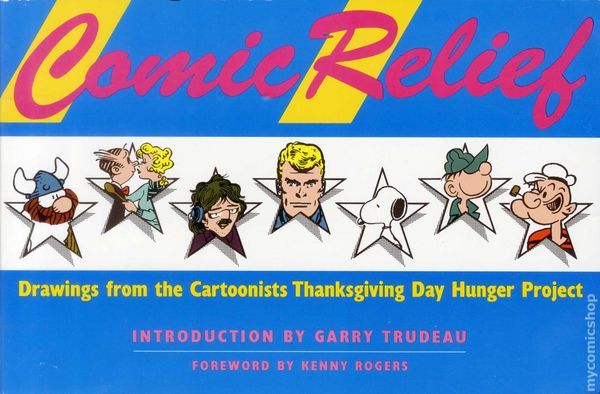 Some of the comics and cartoons in the Browne Popular Culture Library depict Thanksgiving. One of the best known cartoon movies about Thanksgiving, A Charlie Brown Thanskgiving, can be found within the BPCL DVD collection.  Other comics, such as Garfield, also depict Thanksgiving Day scenes.  On a more serious note, the BPCL also holds a copy of Comic Relief: Drawings from the Cartoonists Thanksgiving Day Hunger Project.  This book consists of a compilation of comics from 1985 in which popular comic strips depicted the importance of ending world hunger.  The project was spearheaded by Milton Caniff (Steve Canyon), Charles Schulz (Peanuts), and Garry Trudeau (Doonsbury).