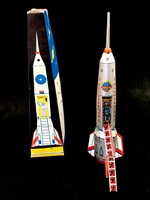 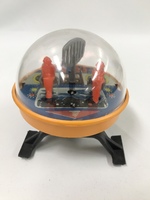 in the USSR by the Lobny plastic toy factory (circa 1984).

The year 2021 marks 60 years of manned space flights; the first being aboard the Vostok 1 on April 12, 1961, piloted by Soviet cosmonaut Yuri Gagarin, inspiring many Russian and Eastern European made toys depicting space craft capable of transporting human beings to the Moon and beyond. 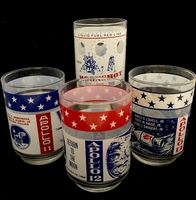 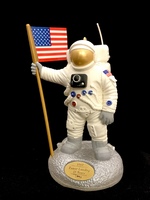 “The Eagle Has Landed” 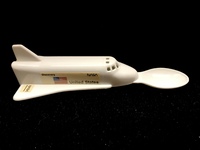 The second manned space flight was aboard the Freedom 7 Spacecraft piloted by NASA astronaut Alan Shepard on May 5, 1961. As part of NASA’s Apollo Program (1968-1971), on July 20, 1969, Apollo 11 astronauts Neil Armstrong and Buzz Aldrin landed their Lunar Module on the moon and were the first to walk on its surface, and inspired a multitude of space themed toys and souvenirs.