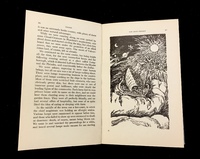 True History; and Lucius, or the Ass. Lucian, of Samosata.

Translated from the Greek by Paul Turner.

For as long as there have been human eyes to gaze upon the night sky there have been stories about the possibilities of what lies beyond the stars and how to get there. A True History (2nd Century AD) by Lucian of Samosata is the earliest known work of fiction to include human space travel, alien life, and interplanetary warfare. The work tells the story of a Greek ship swept up by a storm and blown to the surface of the moon. The sailors disembark the ship to find a full-scale war between the King of the Moon and the King of the Sun, as well as a whole manner of fantastical creatures. 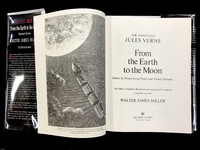 From the Earth to the Moon : Direct in Ninety-Seven Hours and Twenty Minutes

The 1865 novel From the Earth to the Moon: A Direct Route in 97 Hours, 20 Minutes (De la Terre à la Lune, trajet direct en 97 heures 20 minutes) by French writer Jules Verne, uses the projectile technology of the time to tell the story of several men from the Baltimore Gun Club who propel themselves in a cylinder from an enormous Columbiad “space gun” towards the moon. The 1869 follow up novel, Around the Moon (Autour de la Lune) has the three men reach the moon, find it barren, and return to Earth. 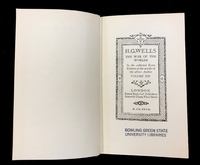 The War of the Worlds by H. G. Wells.

The War of the Worlds by English author H. G. Wells, (first serialized in 1897 and published in hardcover format in 1898) is one of the earliest stories to detail a conflict between humans and extra-terrestrial invaders. This work continues the idea of bullet shaped spaceships projected by space guns, this time shot from Mars bringing invading aliens.

The War of the Worlds has inspired numerous films, comic-book adaptations, video games, and television series, and radio dramas including the infamous 1938 radio broadcast narrated and directed by Orson Welles that was reported to cause panic from listeners unaware that the program was not an actual news broadcast.

Another example of the cannon fired projectile space craft can be found in the 1902 film A Trip to the Moon ( Le Voyage dans la Lune) by French director Georges Méliès. Much like Jules Verne's 1865 novel From the Earth to the Moon the film depicts several members of an astronomy club that build a cannon to shoot themselves to the moon in a capsule. And much like A True History by Lucian, the group interact with strange creatures before returning home.