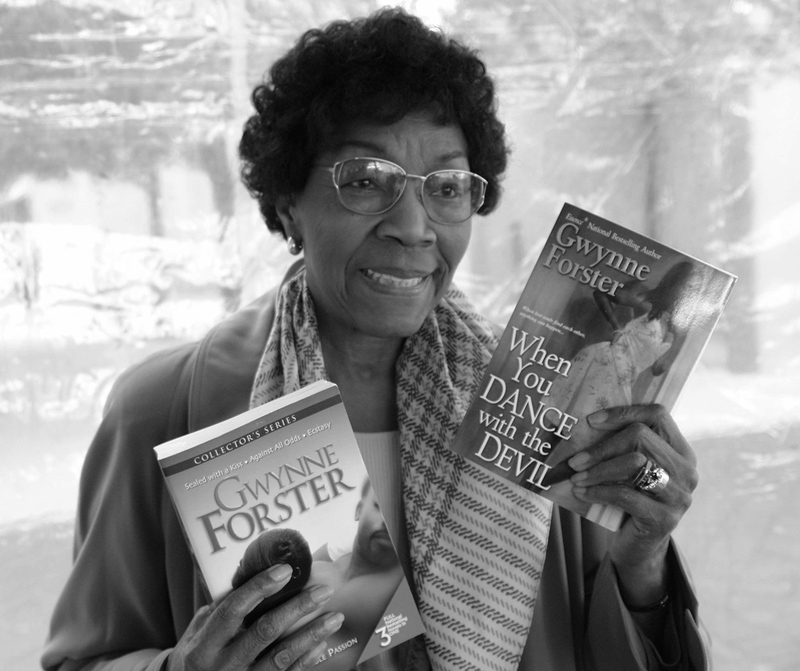 Gwynne Forster (Gwendolyn Johnson-Acsadi) was born in North Carolina and grew up in Washington, D.C. She moved to New York to work as a demographer at the UN. She holds bachelors and master's degrees in sociology as well as a master's degree in economics demography.

While at the UN, she was chief of the Fertility Studies section of the Population Division. She was responsible for research and analysis of social, economic, cultural and demographic factors and conditions that influence fertility levels and trends throughout the world. These studies were published under the UN imprimatur and in the name of its Secretary-General.

Forster published her first novel, Sealed With a Kiss in 1995, starting a career which included more than 40 novels and numerous contributions to short story compilations. Forster was one of the pioneers of African-American romance fiction and won many awards over the course of her career, including lifetime achievement awards from Romantic Times and Affaire de Coeur. She also received multiple awards from the Romance Slam Jam, an annual gathering of African-American romance fans and writers. She lectured extensively on writing, and also worked as a freelance journalist.

Gwynne Forster passed away in 2015. She donated manuscripts to the Browne Popular Culture Library in 2000.

You can find books by Gwynne Forster in our collection. 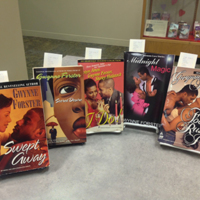 A selection of books by Gwynne Forster from our collections. 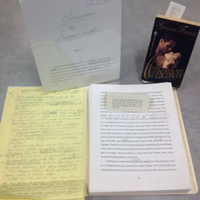 Manuscript and printed copy of Obsession by Gwynne Forster from our collections. (PCL MS 195)