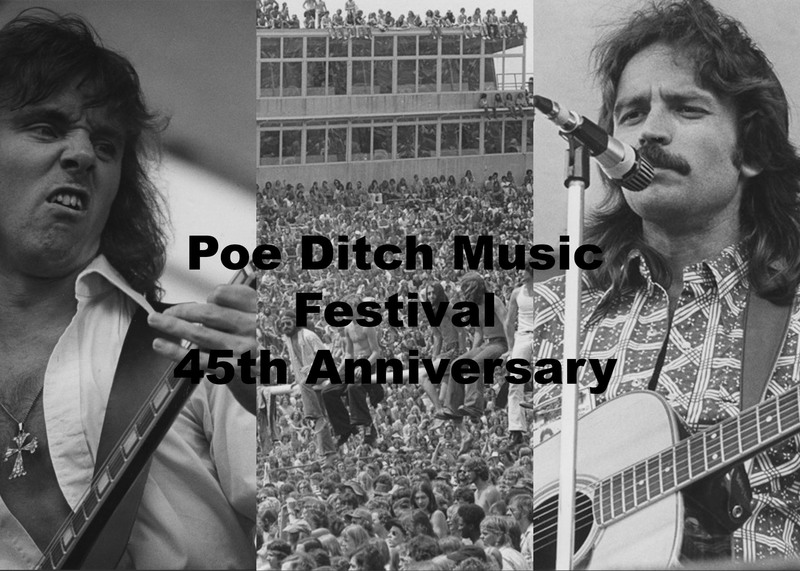 It could be said that few things in BGSU history have become as infamous at Poe Ditch Music Festival, a one day event on Sunday June 1st, 1975, in the Doyt L. Perry Stadium with the lineup of Outlaws, Pure Prairie League, Styx, Nitty Gritty Dirt Band, Richie Havens, Montrose, Golden Earring and Johnny Winter.

Construction on Perry Stadium was completed in 1967, for $3.9 million and named after coach Doyt L. Perry. The stadium was built to hold 23,232 people. This ariel image of the stadium shows the crowd at Poe Ditch Music Festival, with an estimated 40,000 to 45,000 attendees.