Combat between the Central and Allied Powers in World War I officially ended with the signing of the Armistice of November 11, 1918.  Most Northwest Ohio troops serving in the war remained overseas for several months following the armistice; those serving in the Army's 37th "Buckeye" Division began returning home in the spring of 1919.

This gallery features items on Northwest Ohio troops' return to the U.S. after the war.  Most items are drawn from the photographic collection of Defiance photographer Edward Bronson, and while they are specific to victory celebrations and memorials held in the city of Defiance, they are representative of the victory parades and celebrations with which Northwest Ohioans were greeted across the region upon returning home to their communities. 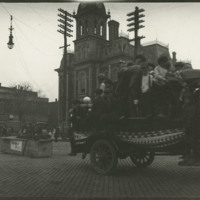 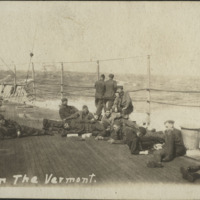 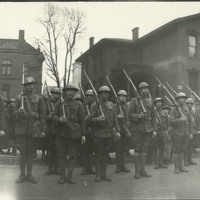 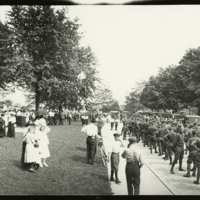 Formation of soldiers in street by Defiance Public Library, 1919 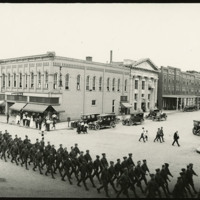 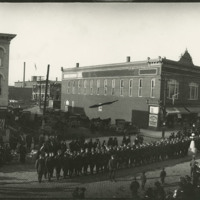 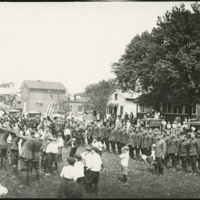 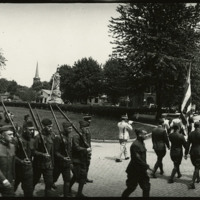 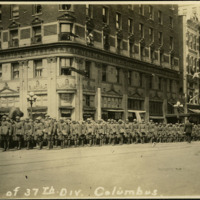 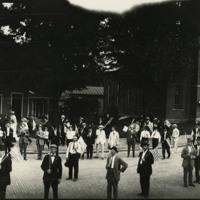