Start Them Young: Marketing the "Savage" to Children 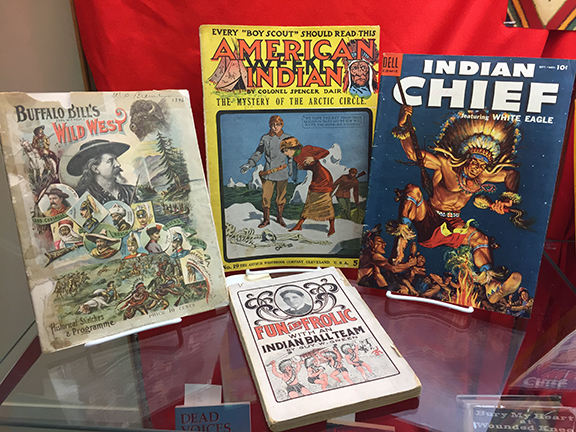 Throughout the late 19th and first half of the 20th century, many products marketed to children- such as comic books, sports books, and pulp magazines- relied heavily on stereotypes of “Savages” and violence meant to dehumanize Native peoples. At the same time these items were being published, children the same age as the White children who consumed them, but from Native communities, were being taken from their families by the federal government. These children were sent, often thousands of miles from home across the country to “Indian Boarding Schools” meant to assimilate them into White culture.