The roots of the Islamic Center of Greater Toledo go back to the Syrian American Moslem Society, which was founded in 1938 in Toledo by Syrian and Lebanese Muslims who had immigrated to the region at the turn of the twentieth century.  In 1952, the Society purchased lots on E. Bancroft Street in Toledo for the building of a mosque, which was completed and opened in 1954 as the Islamic Center of Toledo.  It was the first mosque to be built in Ohio, and the third in the United States.  Eventually, the mosque could no longer support the Islamic Center's burgeoning community, prompting the Center's relocation to a new and larger mosque (the present-day Islamic Center of Greater Toledo) in the nearby town of Perrysburg in the early 1980s.  However, as of 2019 the E. Bancroft Street mosque is still in operation as Masjid al-Islam and continues to provide a center for Islamic worship and community in downtown Toledo. 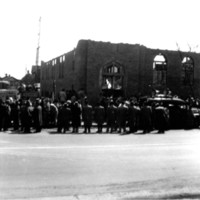 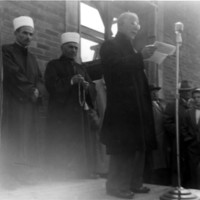 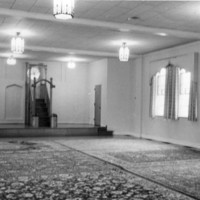