Beyond the Center: Muslims in Toledo's Cultural and Economic Life

Muslims have resided in Toledo since at least the turn of the twentieth century, when Syrian and Lebanese Muslim immigrants settled in the area.  This first generation of Muslims in Toledo constituted a small and close-knit community throughout the first half of the twentieth century, meeting for religious services and social gatherings in private homes or rented halls, running their own small businesses, and establishing the Syrian American Moslem Society in 1938.  When, at the Society’s invitation, the Federation of Islamic Associations in North America (founded in Cedar Rapids, Iowa in 1951) held its second International Moslem Convention in Toledo in 1953, Toledo’s Muslim community experienced new growth, resulting in the establishment of the Islamic Center of Toledo on E. Bancroft Street in 1954.  Throughout the latter half of the twentieth century, with the influx of Muslims from around the world to the Toledo area, the Islamic Center continued to flourish (prompting a relocation to its now-landmark mosque in the nearby town of Perrysburg in 1983), and it became increasingly engaged in forging the cultural and economic fabric of Toledo, establishing itself as a vital cornerstone of community, charity, and interfaith understanding for all residents of the greater Toledo area.  Today, the Center’s annual International Festival draws thousands of people to its grounds, and its philanthropic activities include a food bank that distributes at least 10,000 meals annually to food-insecure children and families in the Toledo area. 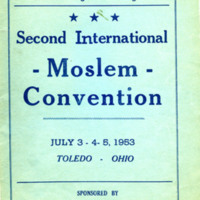 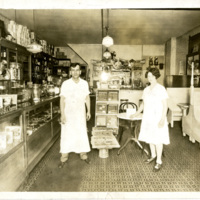 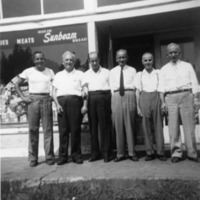 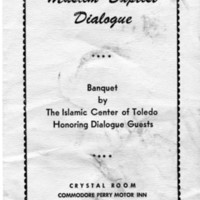 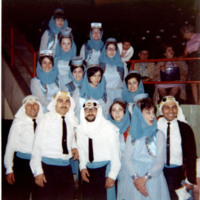 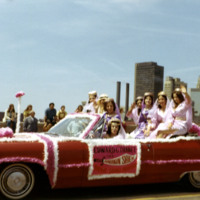