Essential to researching popular culture is having access to materials that look critically and academically at culture. The Gary Hoppenstand collection not only has a wide variety of primary resources, but an exhaustive collection of research materials as well, including these on popular literature. 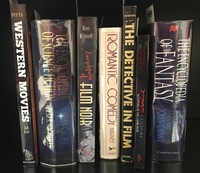 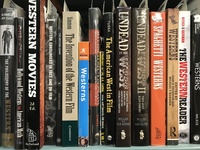 Gary Hoppenstand has written that his love for Westerns began as a child with televised Westerns, next with widescreen Westerns, followed by Westerns in print, saying "over the course of my life, I have embraced the fact that the Western is one of the few uniquely American art forms, along with the hard‐boiled detective story and jazz. As such, the Western should be a national treasure." His love for Westerns is evident not only in his collection of Western pulp, book editions, and dvd collections, but also in the large selection of critical works on the genre. 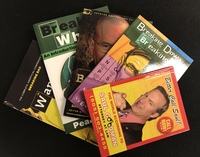 Research books on Popular Television are also represented in the Hoppenstand collection, such as these materials covering the popular television series Breaking Bad.

Also included in the Hoppenstand collection is a large collection of realia including this set of collectables from the Jonah Hex franchise.