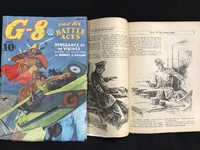 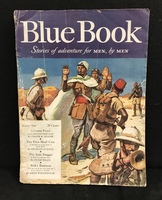 In the article "Assembling Action: Collecting Popular Adventure Fiction" for the March 2020 edition of the Journal of American Culture, Dr. Hoppenstand admits that collecting Popular Fiction "brings a sense of enjoyment that few other mundane activities can satisfy."  This is evident in the massive collection he has donated to the Browne Popular Culture Library over 40 years.

Complete anthologies are valuable when researching authors in order to understand the scope of the author's talents. There are several complete anthologies of fiction writers in the Hoppenstand collection including the only complete set of Guy Boothby 1st editions (accompanied with hand written letters by the author) including several adventure fiction titles such as the high seas adventure novel The Beautiful White Devil from 1897. Other island adventure novels by Boothby include In Strange Company, A Lost Endeavour, and The Marriage of Esther. The Guy Boothby collection spans more than 50 novels, collections, and theatrical plays. 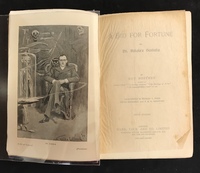 Perhaps Guy Boothby's most well known work is not adventure fiction, but gothic horror, with the Doctor Nikola series of novels about an occultist anti-hero seeking immortality and world domination.  A Bid for Fortune (1895) was the first work to introduce this character, four more would follow: Dr Nikola (1896), The Lust of Hate (1898), Dr Nikola's Experiment (1899), and "Farewell, Nikola" (1901). In his 38 years Boothby published an impressive catalog that covered the genres crime fiction, imperial romance, science fiction and Gothic horror. 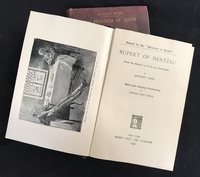 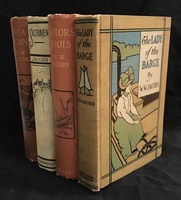 W.W. Jacobs (1863– 1943) is best known for the short story "The Monkey's Paw" (from the collection The Lady of the Barge, 1902) but his work covers many genres including sailing adventures, macabre, horror, and comedy, as evident while looking at the entirety of the author's novels and collections. 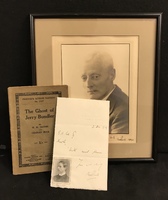 Several collections have accompanying ephemera such as these photos, playbills and correspondence from writer W.W. Jacobs.