Press release from Dell Books for Entwined Destinies. (from the Romantic Times collection)

Vivian Stephens saw non-white romance readers as an untapped market. She coined the term “Ethnic Romance” to promote Entwined Destinies, launching a huge marketing campaign to position it as the first of many books meant to appeal to women who hadn’t ever seen someone who looked like them as the female lead in a romance novel.

Dell's press release promises heavy promotion of the book and the "Ethnic Romance" concept, including special displays and a television campaign. 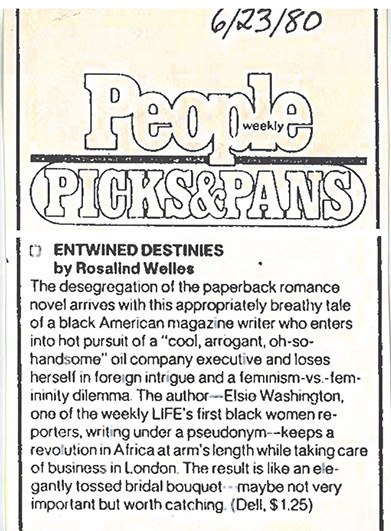 People magazine’s review of Entwined Destinies referred to it as “the desegregation of the paperback romance”. While the press coverage of the book was generally favorable, many published reviews focused more on the skin color of the author and characters than they did the book itself. 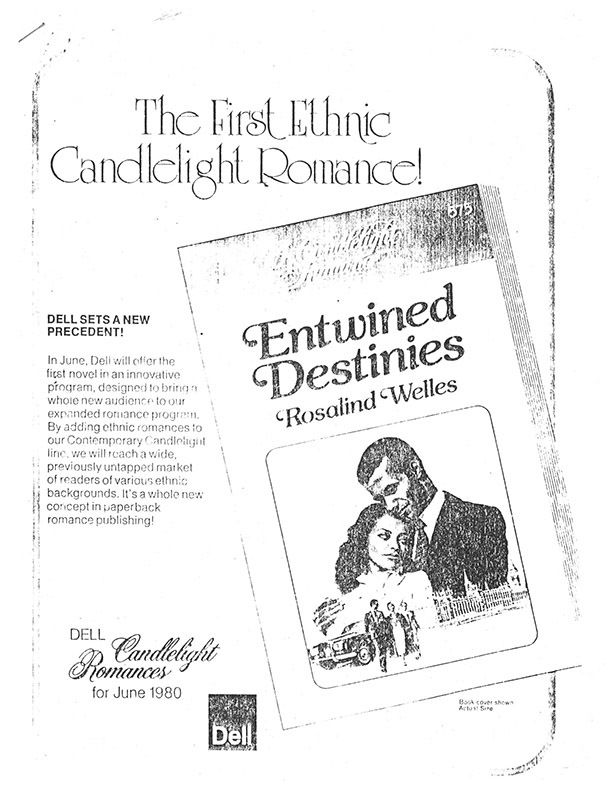 Print advertisement for Entwined Destinies, touting it as "The First Ethnic Candlelight Romance". (from the Romantic Times collection)

Vivian Stephens thought that Entwined Destinies could help revive Dell's flagging Candlelight line, which had always been in the shadow of the industry's behemouth, Harlequin Romance. At the same time, she was talking with readers who wanted more from their category romances, and she began to develop a plan to give them what they wanted.