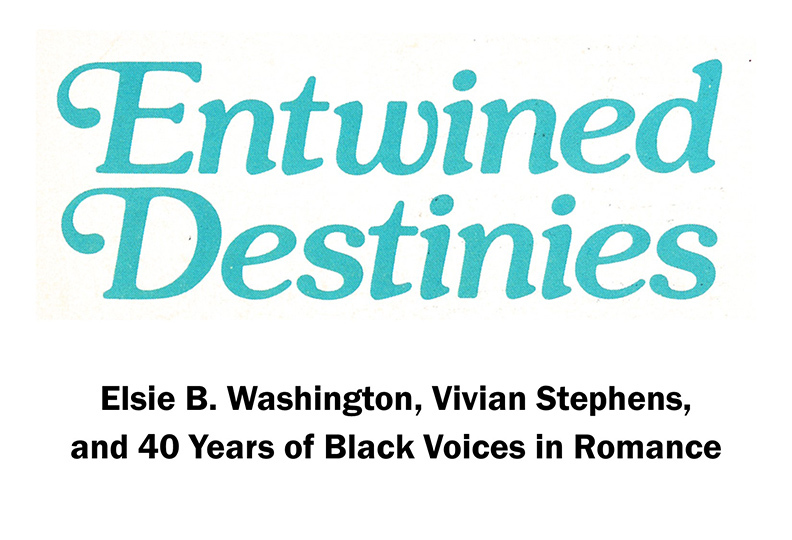 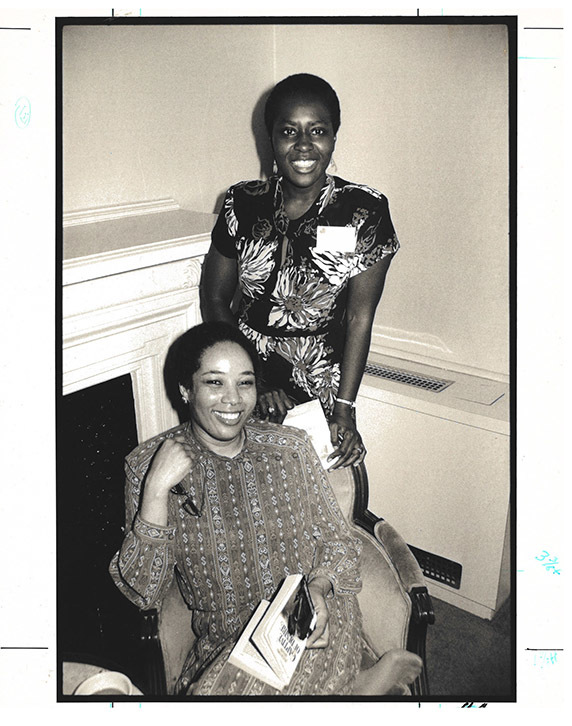 Elsie B. Washington (standing) with Vivian Stephens. (image from the Romantic Times collection)

In February 2020, the Browne Popular Cultuure Library opened the exhibit "Entwined Destinies: Elsie B. Washington, Vivian Stephens, and 40 Years of Black Voices in Romance". This is the digital version of that exhibit.

Prior to June of 1980, the main characters of every category romance novel published in the United States, Canada, and the UK had white skin. This reflected the whiteness of the publishing industry at the time as well as who the perceived audience for romance was at the time.

Vivian Stephens, the newly installed editor-in-chief of Dell’s Candlelight Romance, did not buy into the status quo. She knew that women of color read romance just as voraciously as their white counterparts, which meant publishers were missing a large market of readers. Stephens began to reach out to women she knew, eager to publish romances by Black, Latina, Native American, and Asian women as part of the line she now ran.

Stephens’ friend Elsie Washington, an editor at Newsweek and one of the first Black women to write for Life magazine, came to her with an idea for a story about a reporter falling in love with an oil magnate, and the two brought it to life as Entwined Destinies, with Washington adopting the pen name Rosalind Welles. The book was Candlelight Romance 575, published in June of 1980.

Entwined Destinies is not well-known today, and did not break down all of the barriers for Black women in romance. It wouldn’t be until 1994 that a major publisher would dedicate a line to Black voices, and category romance especially is still dominated by white authors writing white main characters. The annual State of Racial Diversity in Romance Publishing Report by romance bookstore The Ripped Bodice regularly shows that few publishers have more than 10% authors of color.

What Washington and Stephens did do was show Black authors and readers that their stories deserve to be heard despite the status quo. Despite the roadblocks that remain because of the major publishers, Black authors have taken advantage of the growth in independent and self-publishing to get their stories into the world and find audiences who love them. While much work remains, Elsie Washington and Vivian Stephens took vital first steps and showed that progress was possible.