An Unlikely Trailbalzer: Elsie B. Washington 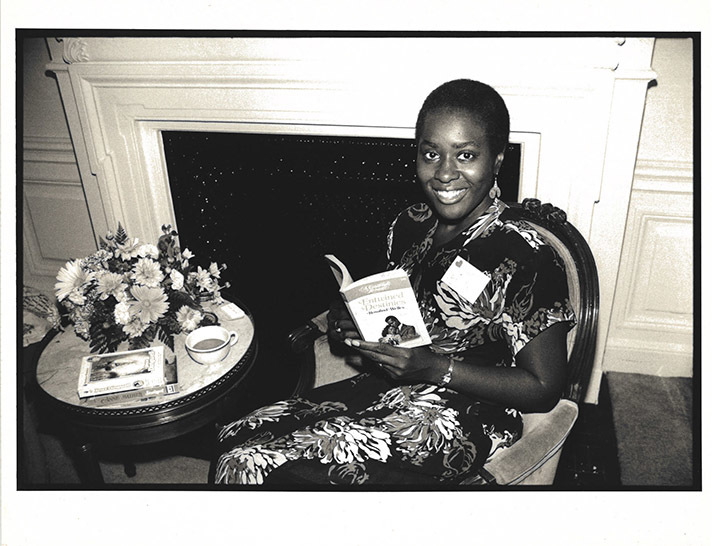 Elsie B. Washington didn’t set out to become a romance novelist. A native of New York City, she attended City College of New York before becoming a journalist, working for the New York Post and Essence before becoming the first Black woman to report for Life, and then an editor at Newsweek. Entwined Destinies was published while she was working at Newsweek, and she used her dual identities as author and journalist to gain entry to and report on events such as the first Romantic Times Booklovers Convention. 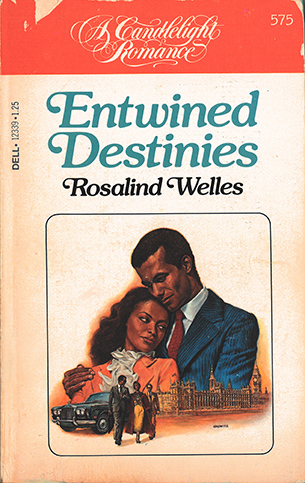 The cover of the first edition of Entwined Destinies.

Entwined Destinies was published under the pen name Rosalind Welles in June of 1980, and contained many typical elements of the era's category romance novels- exotic locales, a career woman looking for love, and an obscenely wealthy man.

From the novel's press release: "Kathy Godwin is an up-and-coming reporter for a London-based magazine. While covering a major oil business conference, she meets tall, dark and devastating Lloyd Craig, a top echelon executive with TransGlobal Oil. His response to her, as well as to her questions, can best be described as cold and sarcastic, and she wonders how he can dislike her when he doesn't even know her.

Lloyd's reaction to the petite beauty is an immediate, intense desire to possess her. Though he's determined to fight his attraction to Kathy, he can't help asking her out or stealing a few searing kisses and tender embraces. Despite his growing feelings for her, Lloyd knows they can never be more than friends...that he can never be free from his wounded past to commit to the only woman he'll ever love." 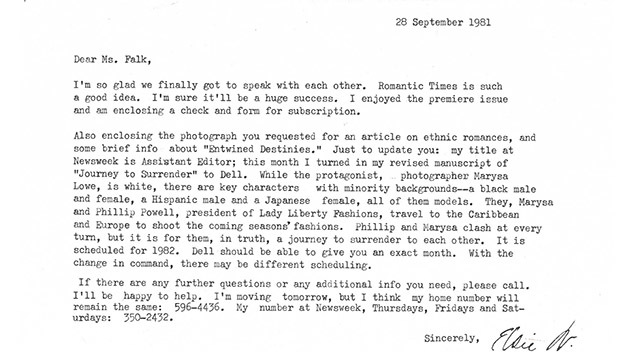 Letter from Elsie B. Washington to Kathryn Falk, September 28, 1981. (from the Romantic Times collection)

Entwined Destinies was the only novel Elsie Washington ever published. Vivian Stephens left Dell in 1982 to join Harlequin, and while Washington reported to Romantic Times editor Kathryn Falk that she had completed a second book for Candlelight titled Journey to Surrender, it was never published.