Dr. Mary Krueger’s work founding the Women's Center and raising awareness on issues that affected women expanded far beyond her leadership of the Center.  Dr. Krueger is known regionally and nationally for her work with the Silent Witness Project. The Silent Witness Project was a significant asset to addressing intimate partner violence at the Center as the project was to honor the victims of domestic violence in Northwest, Ohio. Each year the Silent Witness Project turned a spotlight on the stories of victim who lost their lives due to intimate partner violence. Michelle Rizzi was a woman who made a serious impact on the project. She was a graduate student at Michigan State University whom fell victim to domestic violence by her husband. Her remains were later recovered in a construct landfill on the BGSU campus. After the horrific events that year's Silent Witness exhibit was then dedicated to Michelle. The Silent Witness Project held four main goals, remembering, awareness, advocacy, and legislation. In 2005, this work expanded by Dr. Krueger and other founders of The Cocoon (then The Cocoon Shelter) opened its doors for victims of domestic violence to seek shelter. The first shelter was donated by its landlord and any money acquired was raised through donations or fundraising. The location of the Cocoon Shelter was not disclosed for the safety of the women and children residing there. Dr. Krueger stated “If women are in violent situations and don’t have anywhere to go they are trapped.” Dr. Krueger’s work with the Silent Witness Project and The Cocoon were necessity to providing important resources in Bowling Green. 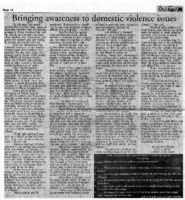 Obsidian article, October 2001, about the Transformation Project and raising awareness of domestic violence 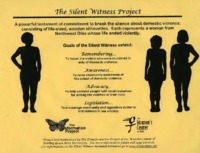 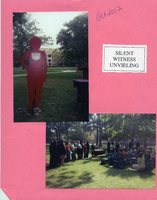 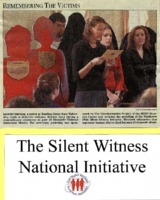 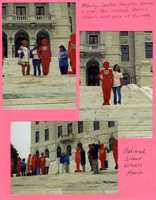 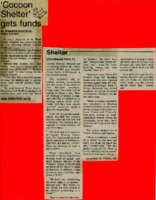 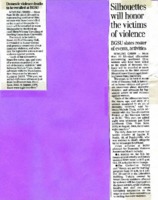 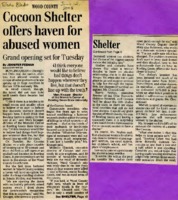 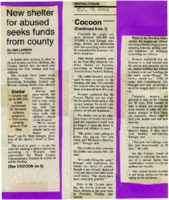 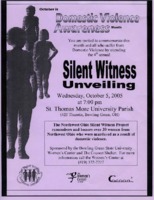 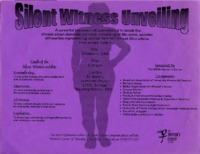 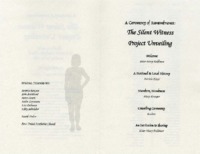 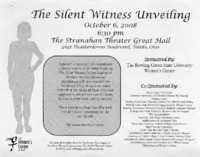 Thank you note from Cocoon Shelter to Organization for Women's Issues, circa November 2008 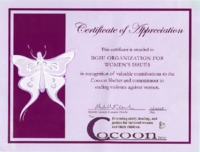 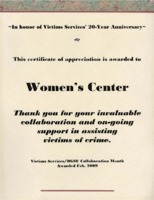 Certificate of appreciation for Women's Center for support of crime victims, February 2009 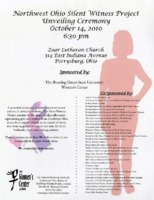 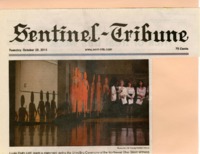 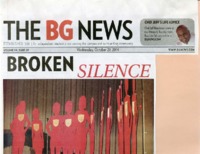 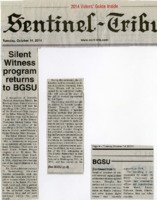