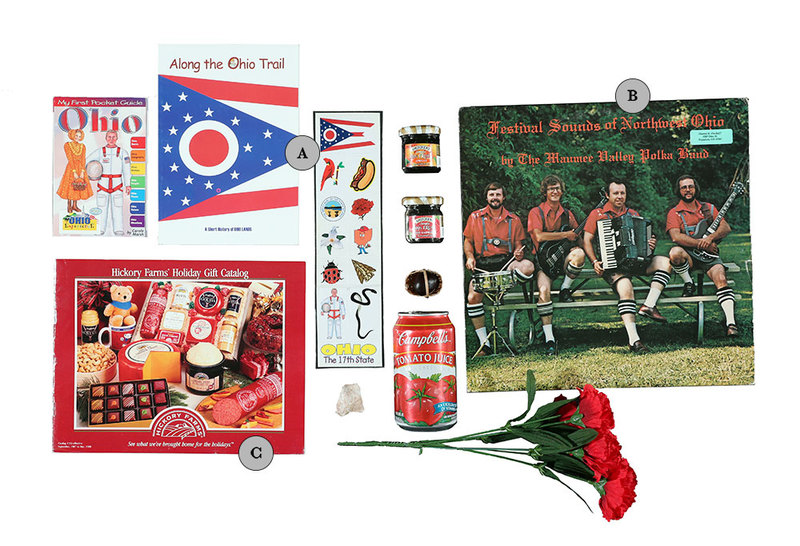 You spread an even layer of Smuckers apricot jam on your toast. You admire a dainty seven-spotted ladybug, crawling along the stem of a scarlet carnation. A gloriously bright cardinal sings from the boughs of a buckeye tree. You think about Cassie Chadwick, who posed as Andrew Carnegie’s daughter and defrauded several banks. You think about Johnny Appleseed, who planted orchards of apple trees. And when curiosity or nostalgia for these things overwhelms you, you reach for this, the Ohio Box, and relive every moment.

Let’s polka! What's Ohio without polka? Drawing together traditions from Poland, Bohemia, Germany, and other European cultures, polka has adapted well to audiences in the United States, marrying nostalgia for the homeland with the fusion that comes with blending cultures. The Maumee Valley Polka Band from Napoleon, Ohio mix traditional favorites like "Wedding Ring Waltz" with interpretations of modern classics like "Have I Told You Lately That I Love You". Toolie oolie doolie!

Stocked with a variety of delectable sausages, cheeses, strawberry bonbons, and distinctive fake straw, Hickory Farms gift boxes have been a holiday staple in Ohio and around the country since 1959.  Though the library’s holdings of the catalog range from the 1980s to the 2000s, this 1988 edition perfectly showcases the old country and down-home tasty products to perfection – from the toasty golden crackers to the smoky summer sausage you can almost smell wafting from the pages!