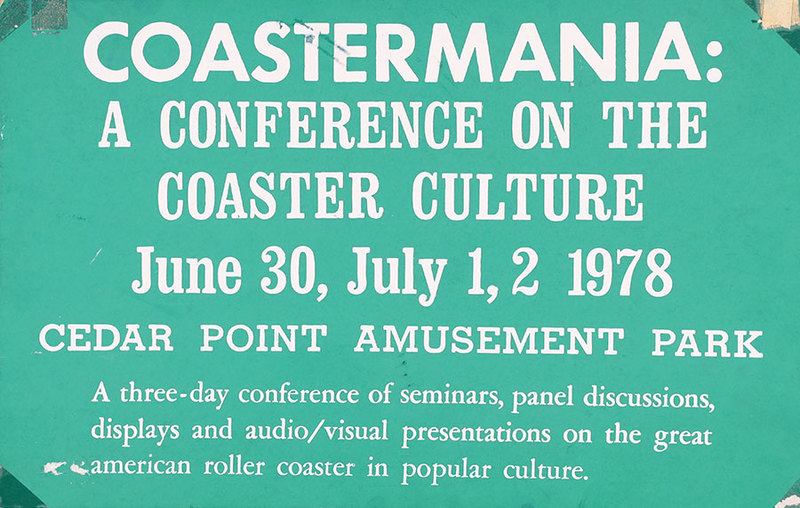 You plunge down the first hill of the Blue Streak, cowering against your older cousin and screaming for dear life.  After that virgin ride, you’re either a coaster junkie who’s just gotten their first taste or you swear you’ll never step foot on another again.  In search of the human need for speed, BGSU’s Department of Popular Culture partnered with Cedar Point Amusement Park to hold a ground-breaking weekend long conference on coaster culture, called Coastermania.  The conference, and corresponding course offered that summer, received national media coverage and drew widespread criticism from inside and outside the academic community. Relieve the controversy with this vintage Coastermania sign!